Widely considered one of the most iconic features of the Birmingham skyline, The Cube is home to a vibrant mix of indulgent restaurants and bars, a deluxe 4-star hotel, a boutique bowling alley, and even the UK’s largest automated car park. For many Birmingham locals, it symbolises the city’s eclectic character – its blend of the modern and cutting-edge, with the traditional and the old – making it a reliably striking backdrop to many photos taken of the city centre.

On World Photo Day (19th August), it seems fitting to not only celebrate how photogenic The Cube is but to talk a little more about what makes the building and its surrounding area so unique.

The Cube is a relatively recent addition to the Birmingham landscape, with construction of the site only finishing in 2010. The Cube’s distinctive patchwork of cubic shapes, meanwhile, was the brainchild of Birmingham-born architect, Ken Shuttleworth, who won Birmingham council’s design competition held five years previously. For Shuttleworth, The Cube’s design captures the nature of Birmingham itself – with its use of different materials, shapes and colours reflecting the melting-pot of industries and cultures within the city:

Located in the heart of Birmingham’s canal networks, The Cube offers a pleasingly aesthetic contrast to the charming array of canal boats and Victorian brick buildings found alongside the city’s trademark canals. It is this blend of styles and ages that in many ways gives Birmingham its energy and flair. Birmingham is a young city with an old soul, one where the quirky and contemporary can sit side-by-side the traditional.

At The Cube, you really could not be better placed to enjoy all that the lively city has to offer. Boasting not only unmissable panoramic views of Birmingham but an enviable location in the centre of the city itself, The Cube will allow you to soak up the sights and delights of Birmingham. Minutes away from Brindley Place, the Mailbox, the Bullring and Grand Central, The Cube is the perfect place to rediscover the beauty and brilliance of the city many of us are proud to call home. On this World Photo Day, don’t forget to tag The Cube or to use the hashtag #thecubepicofthemonth in your photos on social media, we would love to see them. How The Cube inspired this year's Commonwealth Games 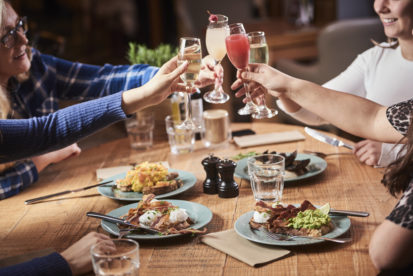 Father’s Day at The Cube